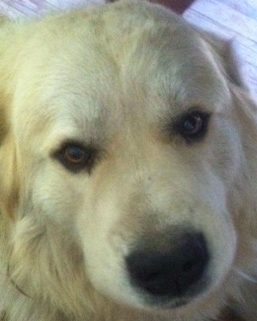 The pretentious and pathetic stunt in the Russian cathedral by the riot girl band Pussy Riot and their subsequent conviction for "hooliganism" and a two year sentence in a penal colony which precipitated the international outpouring of solidarity and support by the likes of Paul McCartney and Madonna, among many other rock luminaries has left us yet once again sickened by the nauseating spectacle of  the now vestigial and decadent realms of once great Rock n' Roll.

Once again we witness not only the simplistic craven exhibitionism and infantile neurotic posturing of inglorious social misfits posing as savants and world saviors, but also the subtle and pernicious influence of police and intelligence agencies infiltrating and suborning social movements at will while pandering to their misguided and ridiculous sense of self importance.

Canadian Pyotyr Verzilov (right), the husband of Pussy Riot's Nahdezda Tolokonnikova, has been long implicated by members of the Russian Art Collective known as "Voina" as a government agent and provocateur who exposed members of the group, Oleg Vorotnikov and Leonid Nicolayev, to prosecution under Article 277 of the Russian penal code and potential life sentences when, via a fake Twitter account, he called for the assassination of Vladimir Putin in a 2009 visit to the Higher School of Economics.Verzilov also filmed members of "Voina" and other "anarchists" and posted them online. Verzilov's actions were a provocation designed to discredit "Voina" in the eyes of the anarchist group. http://free-voina.org/post/2608378114.

With little desire to waste more words, band width, or thoughts on these contemptible shenanigans, we refer those interested to an interview with "Voina" by Russian philosopher and cultural expert, Vladim Rudnev.  read more .


Meanwhile, the staged media theatrics in London surrounding the ongoing hegira of Wikleaks frontman Julian Assange and his flight from prosecution to the Ecuadorean embassy in London offer a similar lesson in the the various intelligence agency hangout actors posing as media "revolutionaries". As the slippery and duplicitous Assange is alternately lionized as a hero of the people and vilified as a criminal by the mass media, this manufactured product of an theosophist Australian cult, has traipsed about the world stage masquerading as the anti-establishment crusading journalist on a mission all the while being sponsored by the CIA and NSA.

Largely due to the indefatigable investigations of Wayne Madsen published last March and receiving the attentions of several cut and paste artists on certain sites and blogs with varying and mostly limited commentary, Assange and WikiLeaks have been treated to a more thorough kind of exposure than the folderol accorded to them by the corporate media and a handful of the more credulous and sympathetic bloggers across the net.The most thorough treatment of the Madsen material was generously dispensed athttp://arthurzbygniew.blogspot.com/2010/03/soros-co-back-wikileaks-kosher-mob-oval.html-wikileaks-kosher-mob-oval.html and at an Infowars forum, http://forum.prisonplanet.com/index.php?topic=175998.0 although not to my knowledge on the main page. Madsen did not mention anything concerning the NSA and Assange/WikiLeaks and instead attempted to establish a CIA connection.As Madsen notes, John Young who cofounded WikiLeaks with Assange, quit the organization alleging CIA involvement, going on to found Cryptome, an organization which has encountered significant harassment and intimidation from government investigators as opposed to the apparent hands off approach to WikiLeaks. Prior to finding the above documents, we had discovered Assange's association with Ben Laurie a former intel/security specialist with Google who later became one of the principals of the Apache Software Foundation.

Laurie apparently has assumed the status of informal spokesperson and erstwhile "informal board of advisors"member for WikiLeaks.One has to wonder whether Laurie is just freelancing or is acting as an effective colporteur for the NSA. Our subsequent inquiries into Apache revealed an ongoing interface between Laurie's foundation and the NSA as well as the Bureau of Industry and Security /US Department of Commerce. For example, ASF was the hardware provider for the NSA's Red Hat Enterprise Linux S (October 21, 2009) We mention this only in reference to the increasingly blurred boundaries between so-called private sector security companies and their government, military, and corporate proprietary contracts.Yet given Madsen's in depth investigations concerning WikiLeaks and the CIA , such connections can only "add fuel to the fire". Indeed, Apache Webserver, "software of choice of 23 million websites worldwide" and a host of other ASF entities are all provided services by Covalent Technologies which numbers among its clients the major US financial institutions and international pharmaceutical giants as well as the ATF, NASA, and of course the NSA.This is in keeping with Alexander's assertion that "90% of the military's energy is generated and distributed by the private sector ( think BP) and 80% of its logistics are transported by private companies"(how about Halliburton) I think he forgot to mention funding via US treasury bonds gratis the Federal Reserve and Goldman Sachs.

Posted by yardfarmer at 9:10 AM